Recipe for success: A dash of excitement, a pinch of curiosity, several smidges of Choas and a whole helping of Luck.

Recipe for success: A dash of excitement, a pinch of curiosity, several smidges of Choas and a whole helping of Luck. 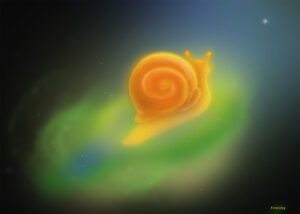 Behold: A bundle of beautiful art by Baan van Bingus, the most astute Bingartist to exist! 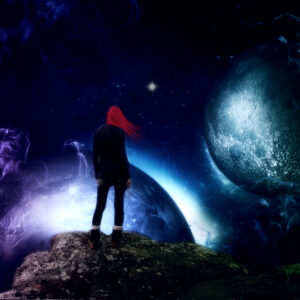 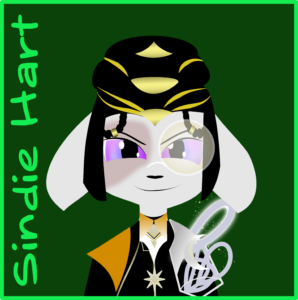 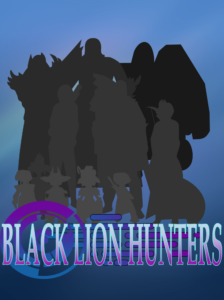 The Black Lion Hunters Guild has been promising forever that they were going to “really come together” but like many guilds there’s things that keep happening. Join the guildmembers as they explore the world of Tyria.

Tyria is a realm from Guild Wars 2 and the Black Lion Hunters are based in this world. Feel free to check out the MMO Guild Wars 2. 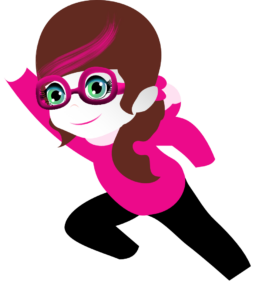 Apparently the entire Universe has been semi left in the hands of a kitty.. Explains a lot doesn’t it? 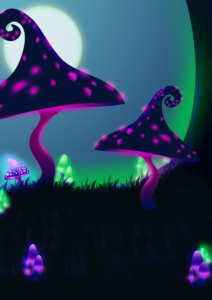 AI generators would not exist without theft.

After discovering my work was stolen to create software programs designed to completely saturate the market with cheap knock-off art. I found myself inadvertently within a group of artists all in the same boat. We never asked for this. I’ve heard all the excuses being thrown out by the “tech bro’s” but that’s all they are. Every single thing used to justify their theft of intellectual property is an excuse. They still have my work within their software, no matter what they claim. All you have to do to prove it is to change a couple of perimeters within the software.

I admit it, I love to create things. I love to draw, to write, and to dream up ideas. I haven’t produced art in weeks. I felt this overwhelming pain that everything I’d worked so hard to master meant nothing. I’m one artist, I’m not even a big name, I’m still fighting to get brand recognition. How could I fight against that?

I’ve fought to have my previous work taken down by those who stole it. I’ve fought to get paid for the things I worked hard to create even when someone expected me to let them “use” it for free. I hated doing it but I did it because I was building my “brand”.

Brands in art are built on visibility and skill. That need to be visible and gain a following puts us at extreme risk.

There’s no RIAA for artists, especially not those of us still building our Brand.

Artists around the world spend more than our fair share of time stopping others from taking credit for our work. We are the ones it falls to for preventing plagiarisms, forgeries, knock off’s and even random people co-opting our work to support things that we don’t agree with. This is a constant fight and it can be incredibly frustrating. But it was originally balanced with the joy of gaining a following, sharing our work with a wider audience and the hope that our hard work would lead to brand recognition. We were willing to do it. The dream being that we could FINALLY kill the “starving artist” trope and “make it”.

It’s hard work breaking into the world of art. We must do the promotion for ourselves. We must do the “take-down” notices for ourselves. We don’t have huge groups of lawyers or social media giants supporting us. Every single thing is completely managed by each individual artist and it’s exhausting. We love what we do but our artwork is not just a hobby it pays the bills and treating it like it’s a hobby is insulting.

Most of the programmers involved in doing this have no idea who we are they just liked our art but not enough to pay for it. I doubt they’d be so casual if I decided I liked their code and decided to take it for myself, but I digress. The programmers who stole my work, obviously didn’t even consider the implications. They didn’t see the artist as a person who worked for themselves at this job and worked hard to get where they are. They didn’t see the hard work of promoting our work, learning our tools, practicing that hand a million times till it finally looked right. They saw it as a hobby. Most of them couldn’t even recognise our name, but they wanted our work. I doubt they’d do that with code but there are script kiddies out there so….

I know that many think that all artists are easy targets because we are in the “background”. Sure, there are really big names out there. Most of these artists have done work for well known games or films. Some work for studios and some of them are independent. The programmers likely could recognize those names and some did specifically because they liked their work. But those of us brought in as “filler”? Most of them couldn’t be bothered to learn my name because to them, I don’t matter. To them, my art isn’t a big deal. So they can’t be bothered to consider what they’ve done to me. I know I’m not a big name in the art world. I know there are so many artists out there and many of us are not well known. I also know many artists whose style and contributions I admire. Their work was stolen too. Big named artists to small artists, all of us were caught in this net. We weren’t valued for our contributions, so much as what our work could give them and they didn’t want to pay for it.

I watched some of the “Tech bro’s” online justify taking our art by claiming I did too. So let me set the record straight here. I take the time to look at these amazing artists work and see how I could improve my own art. I don’t directly copy it. I learn the technique by practicing over and over again or I find another way to do it that works better for me. I also know their work isn’t mine. I can admire it, study it, try out some of the techniques they used but at the end of the day my work will never look like theirs and I don’t want it to. A computer can’t do that. The computer can only create based on the what is inputted into it. If they’d only put in hieroglyphs all the computer could make would be hieroglyphs and it couldn’t read it nor could it determine why it was doing it.

I am incapable of making a “direct copy” of their work without tracing it and tracing in the artworld… It’s kind of a no-no. Many start out tracing things (like coloring books) but you don’t stick to that.

For those using the excuse that without the work of other artists, I wouldn’t create art. I would still create art even if I had never seen another artists work. I learned a physical technique not a complex algebraic formula designed to determine where to place a pixel. There was, after all, a first artist. If the entire world was hit with an EMP, I could keep making art. Your AI generator software though, it’s toast and you’d have to start all over from scratch to recreate the tech to get to it. I could just switch to paint, colored pencils, water colors, mud etc.

I admit to having some shock discovering that art from well known artists with copyrights filed in multiple locations would be captured within the datasets, but those of us whose work is lesser known? I expected it. I can’t say I was surprised when I discovered someone thought they’d take my work without asking, again. There’s lots of lies people tell themselves when they take someone’s art. I’ve been told that they were doing me a favor, those people who took my art and used it as a book cover/t-shirt/background image etc. The question they should have asked was “who benefits”. Deep down each of them knew they’d never drive traffic my way, they knew they’d never attribute me but that won’t stop the little lies. I’ve heard them all before or at least I thought I had.

The “Tech bro’s” on reddit though, they handed me one I’d not heard before and one that directly contradicts the entire point of “ownership”.

This time I was informed that by uploading my work online I gave them permission to steal my work. That if I didn’t want them to steal it I wouldn’t share it in the first place. Imagine, if you will, that just having a car on the street gave someone else permission to drive it and that by not keeping it inside a building you’re at fault for someone driving off with it and using it whenever they want. Or that the mere act of installing a door on your house meant anyone was allowed to walk in anytime they wanted to. Those listening will likely point out that’s why there are locks.

Well, what do you expect an artist to do? It’s not like there aren’t signatures or watermarks on most of our works. However those efforts that weren’t enough to prove ownership. Apparently just sharing our work online meant we “agreed to allow anyone to use it for whatever they wanted”. The absurdity could continue but there it is. But the lie at least was unique.

For those of you new to this whole concept of Intellectual property: MY WORK ISN’T PUBLIC DOMAIN AND IT DOESN’T BELONG TO YOU.

How hard is it to understand the concept that IF you want to use my work in something, YOU NEED TO CONTACT ME FIRST.

For those who will likely attempt to claim I’m a hypocrite or that I’ve also stolen someone else’s work. I fully acknowledge the BLH comic here on my website is fan-art. It is absolutely based off the character models created by some very talented Game Designers. My fan-art means I do not own the original Intellectual Property and I admit to that. When I draw my characters I make certain to CREDIT the game and if they ever asked me to remove it. I would, because they designed them and they did the work. My work is not an identical copy but if they felt it was too close or that it was infringing on their rights, I would remove it.

For those who may read this blog post this is my message to you. The work I have created here on this website is MINE. You’re welcome to look at it and I’m glad that you do. However, you do not own it. Just like looking through a window in a store you’re free to browse but if you want a piece you must pay for it.

I DO NOT give permission to anyone to place it in a dataset without a contract and this includes my work here or under any other portfolio website I have used.

I DO NOT CONSENT TO HAVE MY WORK INCLUDED IN A DATASET WITHOUT A CONTRACT.

When the class action is opened up, I do intend to join. 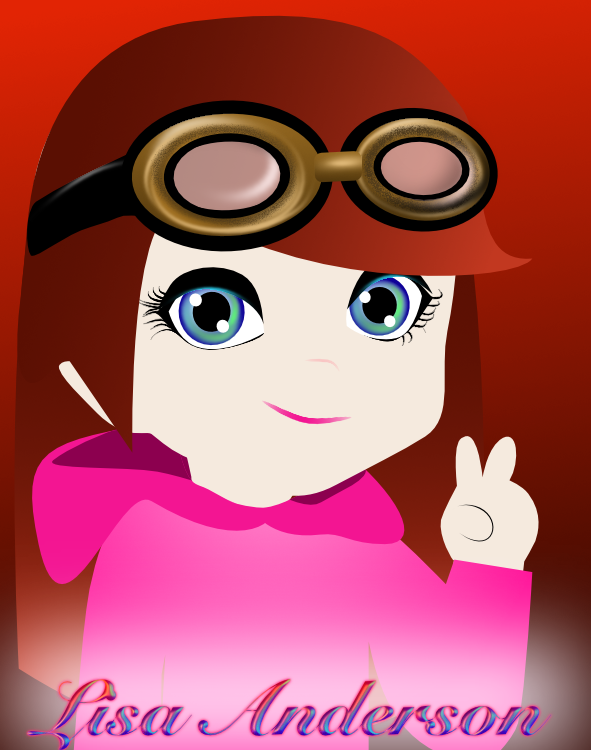 I'm a bit on the quirky side, perhaps a little eccentric but mostly harmless.. I enjoy writing, drawing, and creating (not always in that order).